In 2023 an international team of adventurers and ocean rowers will attempt to row the Northwest Passage, the arctic route between the Atlantic and Pacific Oceans considered the Last Great First. This expedition is only possible because the regions climate is changing, and the sea ice is retreating each year gradually opening the route from July to September.

The expedition will follow the 3,700km arctic route from Baffin Island, Canada, to Point Barrow, Alaska and will draw attention to the changing environment, collecting meaningful data for climate scientists at New York University and Big Blue Ocean Cleanup.

The History of the NWP

The search for the Northwest Passage began in the 15th century, as Europeans sought a route to Asia for trade.

Over the next centuries, some of the western world’s best explorers attempted the route. Every one of them was foiled by the brutal conditions and the enveloping ice. The area was eventually mapped by the likes of the Hudson Bay Company and the existence of a route began to fall into doubt after so many failed attempts to locate it.

Then, in the 1860s, the Orcadian John Rae, hiking overland, finally found a sea route from the Atlantic to the Pacific in the 1860s. It was not until Roald Amundsen set out in 1903 that the route was finally navigated in a journey that took 3 years, due to the continually freezing ice. In 2022 the NWP Expedition plans on being the first to row the passage.

The Last Great First is an amazing opportunity for businesses looking for national and international marketing exposure.

As well as a feat of human endurance, the expedition will highlight the worlds changing environment in one of its most fragile regions, the arctic ocean. The expedition team is international and diverse, led by multiple world ocean rowing record holder Leven Brown of Jedburgh. The expedition has signed heads of terms with film producers with a view to filming the challenge for the likes of Discovery and NetFlix.

The expedition is expected to take 60 days, and can be tracked by App, with progress along the way being live streamed on satellite equipment. The NWP team will also be carrying out research for New York University, and Big Blue Ocean Cleanup.

To keep in touch, hear about our arctic journey
and keep up to date with any offers on our amazing gin, join our mailing list. 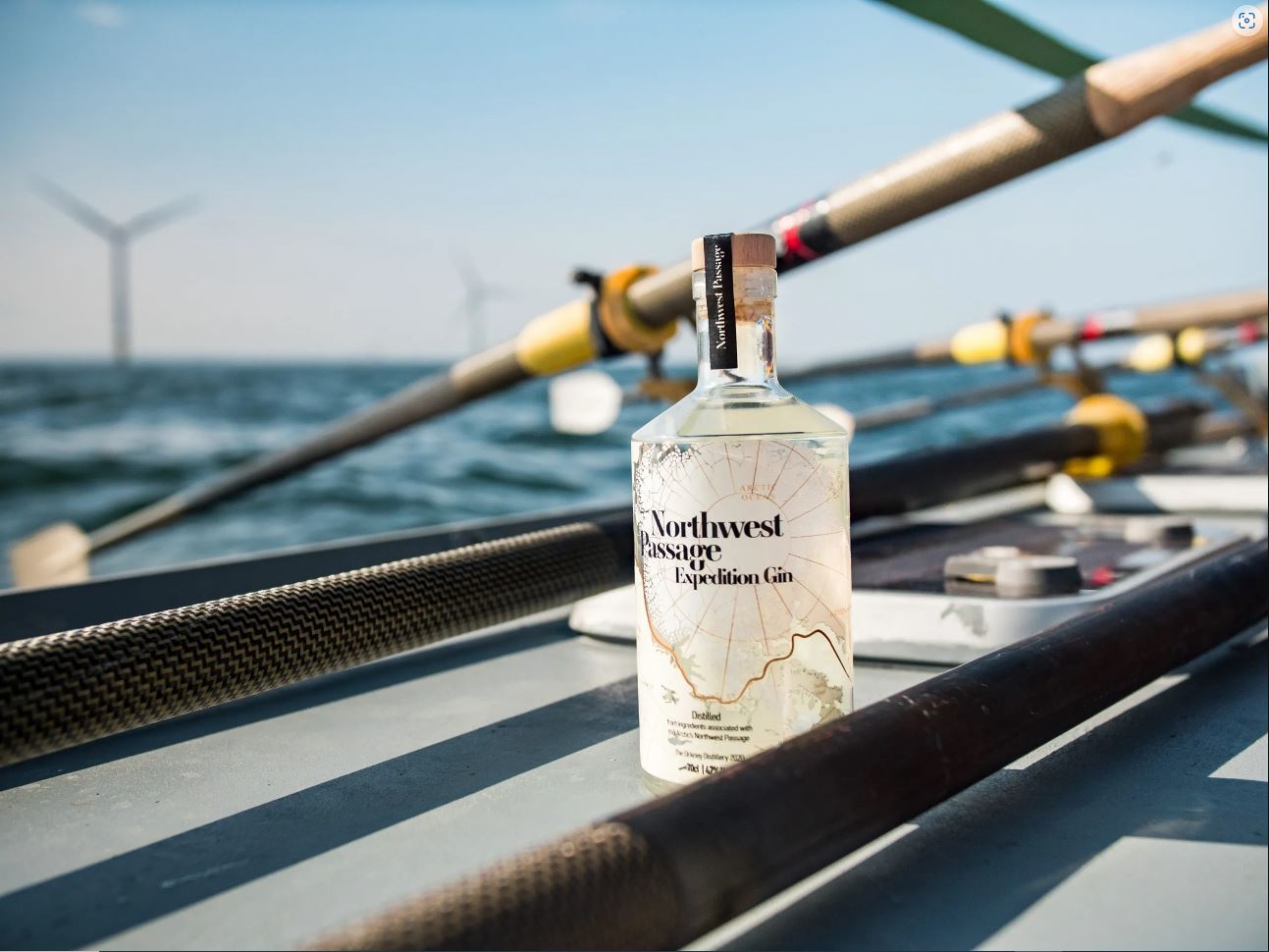 Become a sponsor, with all the marketing opportunities it brings.

Support us with donations to help our crew with their kit and expenses.